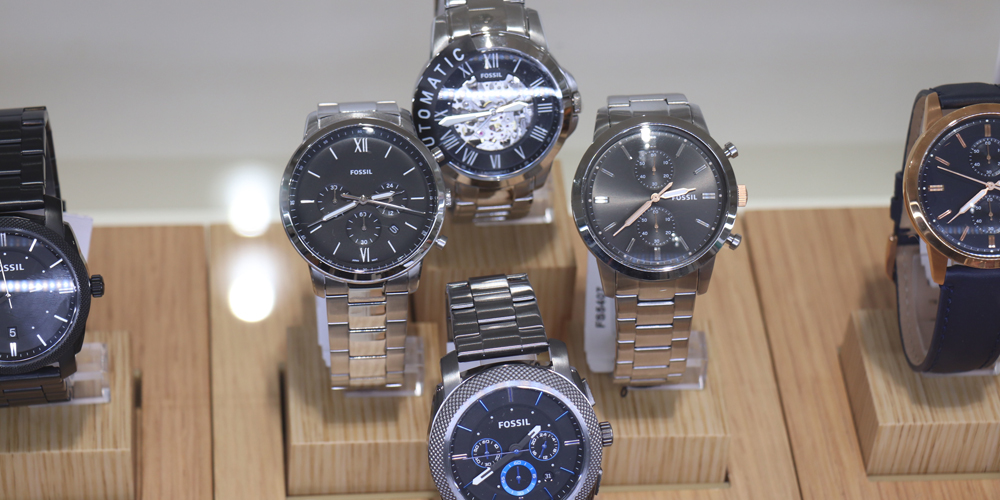 Many won’t believe that Fossil Group is the fourth largest watch company in the entire world, and while you may have heard of Fossil watches themselves, you may not be aware of all fourteen different watch brands Fossil Group own. One of the latest companies that Fossil has taken under its wing goes by the name of STP (Swiss Technology Production).

It churns out around 100 000 mechanical movements each year, which may not seem like such a large number compared to how many watches some of the biggest names within the Swiss watch industry develop year-on-year, but it’s certainly substantial.

Why does Fossil Group want to focus on Swiss watches since China has been the home to its manufacturer since the brand was practically born in 1984? Well, Fossil now has components, movements, materials, prototyping facilities, and case-making technology to create Swiss timepieces of its own.

Fossil created its own Swiss collection of timepieces not so long ago. Since signing a licensing agreement, it plans to continue building on its reputation for creating and supplying beautifully refined Swiss watches at an affordable price. This important value has helped shape Fossil’s reputation and company ethos over its three decades of success.

Appealing to a different audience

Fossil is primarily the king of Asian quartz-operated fashion watches. This style of watch doesn’t appeal to the Asian market alone, or at least not in the proportions that Fossil desires. Around 80% of the company’s sales are made to the US, but Fossil wants to turn the tables on that, increasing its market in Asia from a mid-range price point-of-view.

Watches of this quality and with this price tag appeal to those who are only interested in Swiss-made watches. It explains Fossil’s new desire to harness its heritage, which already encompasses some links to Swiss watch manufactures, enabling it to grow and evolve within this area of the watch industry.

Fossil’s involvement in the Swiss watch industry dates back to 2001 when it took on the brand, Zodiac. Originally founded in 1882, Zodiac had recently been made bankrupt. The manufacturer needed an overhaul. By revamping and redesigning Zodiac’s portfolio, Fossil was able to anchor its routes within the Swiss market.

The name which had already proved itself popular throughout Asia was used as a locomotive by Fossil, who saw the manufacture as an ideal opportunity to help expose the company more throughout the Asian Market. A line of all-Swiss-made Burberry watches was subsequently launched in 2002.

Fossil invests in a Swiss-made movement

In 2016 Fossil Group invested in a company called STP. It was a tactical move since the Swatch Group had begun restricting their movement shipments to third parties. Fossil knew that to continue with its involvement in the Swiss watch industry, it would need to keep its options open and pursue other manufacturers for its movements.

STP assembles movements using components sourced from small to mid-sized Jura-based companies. Fossil’s decision to invest in the company enabled it to enlarge its manufacturing facilities and grow its assembly lines.

The STP caliber 1-11 is a single 11½-ligne automatic three-handed movement with a 46-hour power reserve that has been implemented into the watches manufactured by three of Fossil’s brands, but also their own independent line called Fossil Swiss. The collection was intended primarily for the Asian market.

As mentioned earlier in this article, Asian watch collectors weren’t interested in Asian-made watches above a certain price tag. It was the authenticity of a Swiss-made movement that appealed to serious watch wearers wanting to invest in mid-range timepieces. With the launch of their Swiss line, Fossil was able to turn its focus from the US market with Asian quartz-powered watches to emulating the larger Swiss brands. This was while still keeping their prices affordable to a wide audience.

Fossil’s very own Swiss line included a stainless steel automatic model, a sleek black dial design (with sand-colored markers and a classic leather strap), and a steel chronograph automatic model. These three staple pieces appeal to the mass population of Fossil consumers, not to mention a rose gold-tone variation with a striking blue enamel dial.

These options were designed in a 38mm case, making it a comfortable and versatile style for wearing on the average-sized gent’s wrist. Creating a dress watch design like this, and in such a modest case size, proved consistently popular, especially since these designs featured a date window at 3 o’clock and a tachymeter scale on the chronograph models to assist with measuring speed based on travel time or distance based on speed.

The caseback on each watch from the Fossil Swiss collection is equipped with a mineral glass to provide a clear view of the performance and arrangement of said STP caliber 1-11 movement, which is more or less a clone of the famous ETA 2824 (albeit with a longer power reserve). Within this collection, there are two quartz-models. One is powered by the Ronda 5030.D movement and comes in a variety of six different dial and bracelet options.

The Ronda 517 Swiss quartz movement powers the other. It’s a three-handed day-date movement. With a similar appearance to the automatic versions, these Fossil Swiss quartz watches boast a universally appealing design. They not only make for great dress watches but, like the automatic models, can be paired with formal attire or worn as a finishing touch to an elegant evening ensemble by night.

It was considered paramount to Fossil from the get-go that its Swiss line would remain affordably pleasing. With the chronograph models placed in between $895 – $995 and the Day-Date models priced just a couple of hundred dollars less, it’s no surprise that these watches appealed to Fossil collectors in need of something a little more refined and well-made.
Fossil divides its portfolio into several stylish collections, including the Boyfriend line, its selection of rose gold watches, its stainless steel watches, and the popular Smartwatch collection. Here’s a little more about those…

Fossil and the Smartwatch

Just last year, Fossil revealed that it was sharing its latest Smartwatch technology with Google. The company has collaborated with Fossil for years, lending its WearOS platform from its previous smartwatches. It’s not the first time Google has done this. TAG Heuer, Movado, and LG have also benefitted from this technology.

Fossil Smartwatches come in an array of designs from classic rose gold-colored models to elegant designs set with diamonds. They feature stones around the bezel and through the center links of the bracelet. You can also opt for the Gen Smartwatch on a smooth blush leather strap or a classic brown alligator style leather strap from the gentleman’s range.

Boyfriend watches remains one of the hottest trends in the fashion industry. The in-vogue look was originally derived from a simple concept – a woman borrowing her boyfriend’s watch (a little like the “morning-after” scene in movies where the female emerges from the bedroom to make coffee wearing the guy’s shirt).

The oversized wristwatch on a female’s wrist has become a highly coveted look, resulting in many a watch brand (be that fashion or high-end) replicating the look of the boyfriend watch but in an oversized design that’s solely created for ladies. Fossil’s beautifully defined Boyfriend watch collection covers a myriad of styles and designs in various materials, colors, and finishes. From minimalist three-handed dial designs to sporty chronograph models, these masculine-infused watches are incredibly attractive and perfect for all occasions.

Within this collection are diver-style three-handed models with a date feature or day-date aperture, rugged chronograph designs, and sporty all-black models made from black coated steel cases. The Fossil Forester watch, for example, boasts an open-heart dial that offers a glimpse into the automatic movement sitting within its robust 42mm steel casing.

For something a little more luxurious, you can get a two-tone Fossil Garret Chronograph watch from the stainless steel collection, complete with yellow gold-tone markings on the bezel, push-pieces, crown, and bracelet. For ladies, there are dainty round-shaped models equipped with mesh-style bracelets or timepieces with small second sub-dials to choose from within this collection.

Fossil’s collection of Hybrid Smartwatches is geared towards those caught somewhere between a traditional timepiece and a modern cutting-edge timekeeping tool. From the dial side, these innovative designs look as classic as anything. Mother of pearl dials fuse with diamond-set bezels, leather bands, and remarkably simplified formats that strip timekeeping down to the essentials.

You can do all the things you’d expect with a Smartwatch: track steps, distance, and calories burned while you assign functions to your buttons, keeping you in control of your music and time zones. These wristwatches are essentially a twist on your favorite classic Fossil watch. With text, call, calendar, and social media notifications, the Fossil Hybrid Smartwatch means you don’t have to sacrifice your taste in style to enjoy the brand’s forward-thinking technology.

Aside from these sub-categories, there’s a whole load of other collections to be enjoyed and explored within Fossil’s catalog. There’s a family of Mini watches, fitted on tan, blue, black, and blush leather straps, as well as metal mesh bracelets in a rose gold-tone. Tailored to suit a slender lady’s wrist, these dainty models are perfect for pairing with professional, smart, or relaxed attire.

The Scarlette models from this collection are particularly interesting. Their designs are almost Rolex-inspired, featuring the classic fluted bezel, vibrant colored dials, and Roman numeral hour markers, priced of course, at a fraction of the cost of a Rolex.

Other Fossil watches include the brand’s limited-edition models from the Collectors Club line, containing ceramic watches and dive watches, amongst others. The solar-powered watches were released for the Earth Day’s 50th anniversary. Working in collaboration with Earth Day, Fossil communicates its passion for sustainability with these environmentally-friendly timepieces that secure to the wrist with colorful straps recycled from approximately 16 plastic bottles.

The evolution of Fossil watches

Considering Fossil Group initially made a name for itself by supplying the US market with budget-friendly fashion watches made from Asian-made quartz movements, we’ve seen it go from strength to strength in its first few decades. The company has undergone some subtle directional changes on its journey but has done them tastefully.

Subtle enough to keep its larger fan base happy but noticeable enough to be appreciated by a new fanbase of Swiss-made wristwatch lovers – it seems that the changes Fossil has made have been done so at just the right time and in just the right measures. The US market, which is used to Fossil’s lower-end price tags, seems willing to trade up for a more refined wristwatch. Likewise, its fashion watches remain just as popular.

By tackling other markets, Fossil is now a name that is less closely associated with inexpensive fashion watches. Still, the question remains an unanswered one – will Fossil continue branching out into a whole new realm of refined Swiss watchmaking? 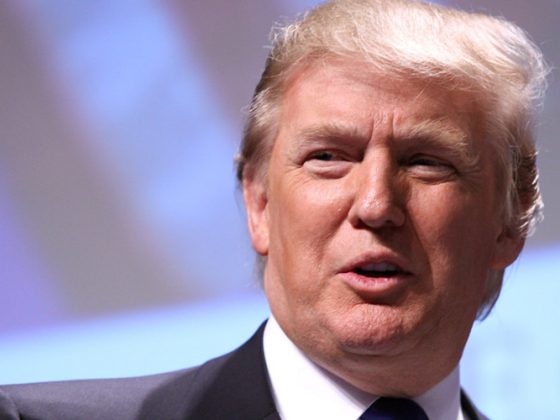 How to Actually Wear a Watch: Style Guide for 2021