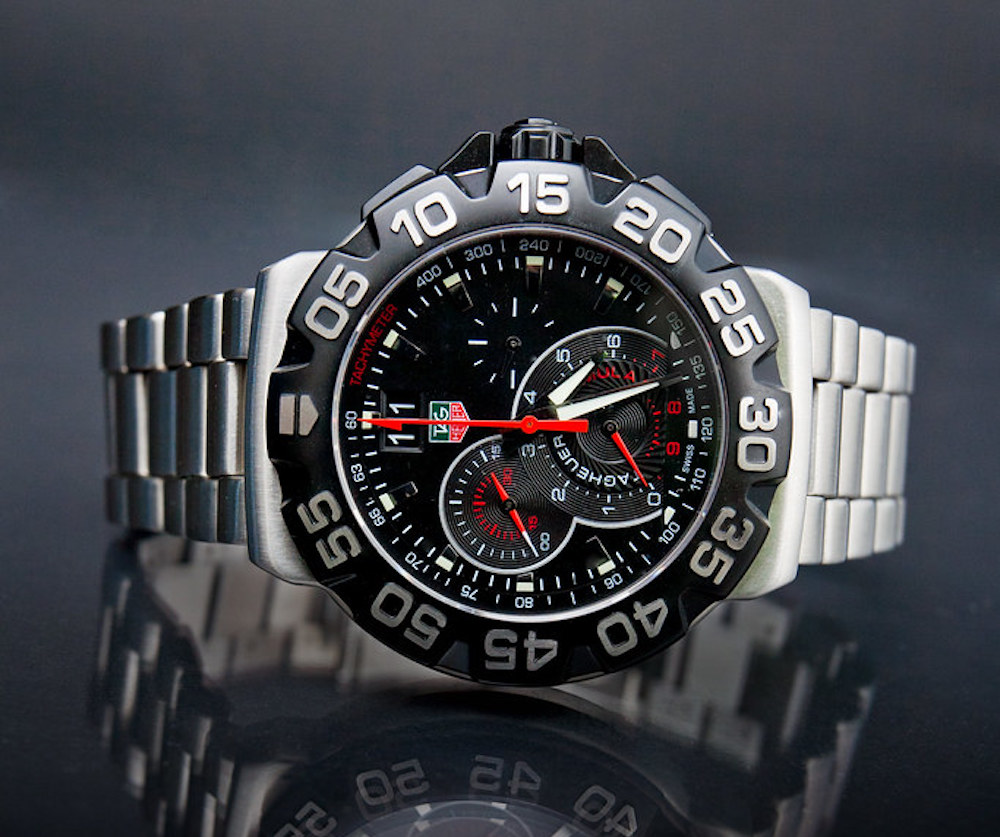 An Overview & Guide To TAG Heuer

You don’t need to know much about the watch industry to be aware that TAG Heuer is one of the most respected and popular watch brands in the world. Wearing a TAG Heuer watch doesn’t mean that you know the time. It also means that the people around you can see that you’re a person with style and class.

TAG Heuer is a Swiss watch brand that is the result of a merging of two different companies. The first is Heuer, which started the business back in 1860 when Edouard Heuer opened his workshop in St-Imier, Switzerland.

Heuer has an illustrious past, creating some of the most famous watches in history – such as the Heuer Atavia and the Heuer Carrera. Heuer has had many famous fans through the years, including Steve McQueen, who didn’t just love Heuer watches but was a well-respected watch collector too.

Heuer merged with TAG (Techniques d’Avant Garde) in 1985 – after both companies were purchased by Ron Dennis – and TAG Heuer was born. TAG was an innovative company that made high-tech items that were used in the motorsport, aviation, and hospitality industries.

The synthesis of TAG Heuer’s incredible watchmaking reputation and TAG’s high-tech knowledge meant that TAG Heuer could build on Heuer’s stellar reputation to become an inventive watch brand that sells functional, gorgeous watches that keep perfect time, and aren’t focused on unnecessary features, such as you’d find on an Apple watch.

In the long history of TAG Heuer – and its predecessor, Heuer – it has created some of the most famous watches in history. The following are the watches that every fan of TAG Heuer knows and loves. But you don’t need to be a watch collector to love some of these beauties. 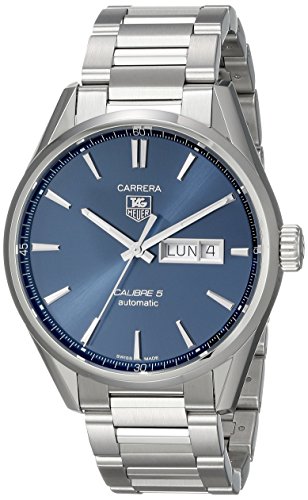 Originally, when it was created in 1964, this watch was simply known as a Heuer Carrera. Since it is one of Tag Heuer’s most famous watches, though, it has been continually in production ever since 1964, including after the merger with TAG. The TAG Heuer Carrera is the definitive TAG Heuer watch. The original Heuer Carrera was actually the first chronograph watch to be designed for time measurement in car racing. It is simply one of the most famous sports watches in the world. There have been some great limited-edition versions of the TAG Heuer Carrera through the years, but one of the best is the Carrera Calibre 360 Limited Edition that came out in 2006.

If you like this watch, you’ll love the Formula 1 Quartz by TAG.

There are diving watches, and then there is the TAG Heuer Aquaracer, which is one of TAG Heuer’s most famous modern watch lines. The TAG Heuer Aquaracer 500m is a favorite of watch collectors and watch enthusiasts, simply because it offers a perfect combination of functionality, water resistance, and outstanding looks.

This goes down in TAG Heuer history as the watch that made Heuer’s reputation. While there was a stopwatch version named Autavia back in 1933, it wasn’t until 1962 that the Heuer Autavia we all know and love was released. It was a wrist chronograph that wowed watch fans at the time because of its stunning looks. It has since been re-released in several limited-edition versions, and in 2021, a new TAG Heuer Autavia range has gone onto the market. 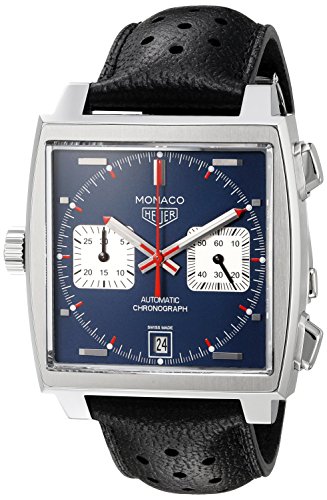 If you’ve ever seen Steve McQueen’s classic 1970 film, Le Mans, then you’ll recognize the Heuer Monaco, which is more than a famous watch, it is an iconic watch too. It is a chronograph with a striking blue dial, as well as a square face, and the casing is made from stainless steel that has an exquisite satin finish. In recent years, TAG Heuer has continued to make Monaco, and the most recent TAG Heuer Monaco has a self-winding movement, as well as similar, eye-catching looks as the original Heuer Monaco that Steve McQueen wore so well.

Don’t let the name fool you. This wasn’t the 1970s version of a luxury smartwatch-like today’s Apple watch. It was instead a sports chronograph watch with a unique design. It was a watch that set trends at the time, though, as the large housing that you see on luxury watches manufactured by leading watch brands today, all owe something to the Heuer Calculator.

TAG Heuer isn’t a watch brand that focuses on men’s watches. Many of its most loved watches are also available for women too.

Stylish women will adore the TAG Heuer Carrera Calibre 9, which is available in a range of colors and sizes, but always looks good. It is an automatic watch that has a fixed bezel, as well as a steel casing. 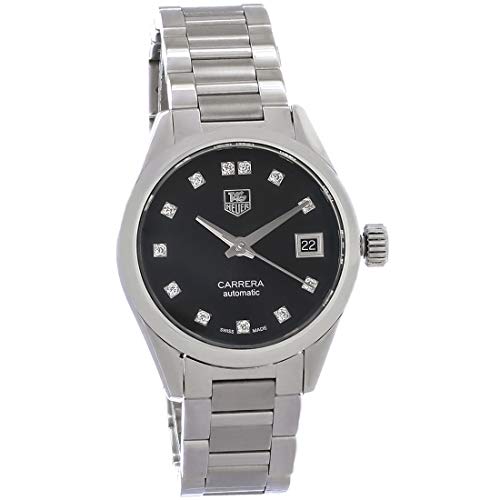 TAG Heuer Link is another TAG Heuer watch that women will love. There is nothing poor quality about it. There is a choice in color variations, but it will always offer 100m water resistance and have a size of 32mm.

TAG Heuer Aquaracer is also available for women. Just like the men’s version, it is an outstanding diving watch that will give you a remarkable 300m water resistance. If you’re a sports enthusiast who wants a highly functional, gorgeous watch with a 35mm size, and that comes in a wide choice of colors and materials, then the TAG Heuer Aquaracer is the ideal watch for you.

They can get much larger than 42mm, though, so if you’re a fan of big watches, then TAG Heuer could be the right company for you. The following are three of the most popular watches for men that TAG Heuer currently sell:

This is a luxury watch that is part of TAG Heuer’s Carrera series. It is an automatic chronograph watch and it offers you water-resistance of 100m. It comes in a variety of color schemes and materials but will always have a size of 45mm.

Fans of diving watches will love the TAG Heuer Aquaracer. It features a quartz movement, which is renowned for reliability and is usually part of the best luxury watches. Because it is a diving watch, then it needs adequate water resistance for it to function properly and not just look good, which is the case with other watch brands who offer diving watches. Fortunately, you get 300m water resistance from the TAG Heuer Aquaracer.

If you’re searching for a sports watch that doesn’t just offer performance but exceptional looks too, then the TAG Heuer Formula One is a great choice. You can take it into the water up to 200m, so swimmers and divers will feel reassured wearing it. Unlike other luxury watches, this one is highly durable, as well as being functional too. 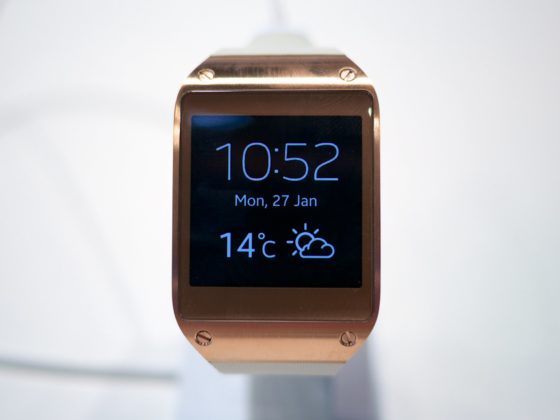 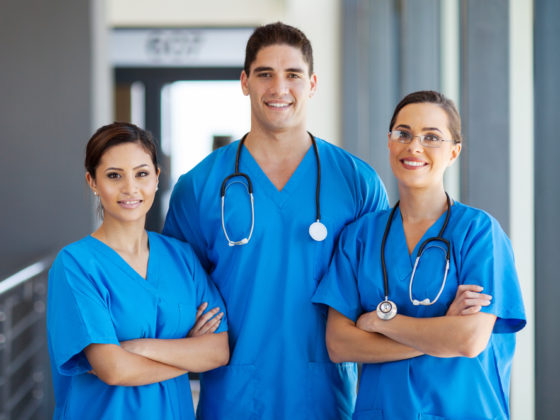