Seiko Astron watches sum up exactly where Japanese watch manufacturers are currently at with technology. Casio, Citizen, and Seiko are competing for a position at the top of the watch industry with their solar-powered technology. The GPS versions of the Astron collection from Seiko, however, are the advanced way to precision timekeeping.

They work on a different philosophy to other “smartwatches,” like the Apple Watch and Android-compatible Smartwatches. The Seiko Astron instead operates with complete independence.

The evolution of the Seiko Astron

Japanese wristwatches have always been about accuracy. The “set it and forget it” design of a Japanese watch is focused around never having to change the battery once it’s set up on the wrist. Some models from the Seiko Astron collection have caught the attention of collectors, particularly the 8X-powered devices, crafted from a broad 45mm case and an even younger 5X generation, created just a couple of years ago. The latter is housed in a slightly smaller case width of 43mm, which wears a little more comfortably on a slender wrist.

The Astron was met with resounding success when it first launched. Looking at how the generations of the Astron have evolved over the last few years, we can see how the brand has refined the physique and profile of the watch to suit the tastes and desires of the modern-day Seiko lover.

Some of the first GPS watches from the Astron collection had a huge 47mm diameter. Even the most masculine of wrists could get lost underneath them if they weren’t styled with the right attire. The first solar-powered Astron watch with GPS technology had a design based on how the world looked from space during the night. A super-hard black scratch-resistant coating was applied to the surface of its titanium case, making it both durable and lightweight at the same time.

In 2016, Seiko resized the Astron GPS watch, boasting a 45mm case, a slimmer depth, and a 100-meter water-resistant technology. The line of models powered by the 8X family of movements features a power reserve indicator and a second time zone. The Seiko Astron GPS Solar Dual Time watch is available in a steel or titanium option.

Seiko’s finishes and colors offer great depth to each design. The World Time watch features a simpler dial, whereas the Chronograph model is slightly sportier. Enhanced markings increase visibility at night. Plus, it’s also integrated with a tachymeter scale to use in conjunction with the chronograph sub-dials.

The newer 43mm models from the 5X line, however, are much easier to wear. They’re combined with the most advanced cutting edge technology that allows you, the wearer, to track the minutes of the day no matter where you are in the world. It operates faster than previous models from the Astron collection.

It features a new buckle system that makes minor adjustments to accommodate the slight expansions and contractions of the bracelet, depending on the temperature of the environment. There are four variations to this collection, plus a limited edition timepiece and two other models. These feature a bezel crafted from sapphire crystal and ceramic.

How does the Seiko Astron GPS technology work?

This is the “solar” part of the watch’s design. The Seiko Astron GPS watch will connect to a satellite network when it detects light in the morning. This doesn’t necessarily have to be direct sunlight – just a light source of any kind. It will then update the time according to the satellite’s information, offering you timekeeping that is more or less accurate to atomic time.

The concept behind the Seiko Astron models is, of course, to provide you with a no-fuss means of keeping regular timing. This is without having to adjust or maintain the watch like you would if you were wearing an automatic watch (that relies on the movement created by your wrist) or a manual winding watch (that would require you to wind the watch up – preferably at the same time) each day.

The Seiko Astron’s unique design simplifies timekeeping for those who are regularly on the go. It’s the perfect tool to eliminate time-related problems if you’re a frequent traveler, be that for business or leisure. Even on the gloomiest of days, the Seiko Astron will connect with GPS satellite at least once a day.

Once the signal has been received, the second hand will instantly begin to rotate to set the new time. This is the watch’s GPS antenna discreetly located underneath the watch’s ceramic bezel. The time, of course, can also be manually adjusted using the winding crown on the case.

What unique features does the Seiko Astron GPS watch offer?

Seiko’s new and re-engineered GPS technology featured throughout the younger 5X series of wristwatches allows for the minute, second and hour hands to be moved independently. This offers a unique advantage to you as the wearer.

If you want to adjust a time zone manually, you can do so much quicker than before. The 14 hours between Tokyo to New York, for example, can be adjusted in a record-breaking 3 seconds. You can also switch between the main dial time with the second time zone by simultaneously operating the two push-pieces on the case.

The first Astron was developed in 1969 and has since come a long way in terms of its performance, material, sleek design, and futuristic technology. Not only is the Seiko Astron GPS incredibly accurate, but it provides you with a modern interpretation of the quartz watch. In some ways, collectors believe that wearing an Astron on the wrist for a few weeks makes automatic watches feel almost archaic in comparison, despite their authentic beauty.

The watch charges up in any kind of light; it never needs a battery change. You’ll also never need to worry about manually altering the time if you don’t want to. The changing time zones is an innovative feature that you’ll certainly get your use out of it you’re a frequent traveler.

The Seiko Astron will give you accurate time on your wrist, no matter where in the world you’re traveling to. Its sleek and dynamic case design pairs just as well with smart office attire as it does with something more casual. If you want a quality, luminous watch that can be utilized during the day as well as the night, then the Seiko Astron watch is definitely for you. 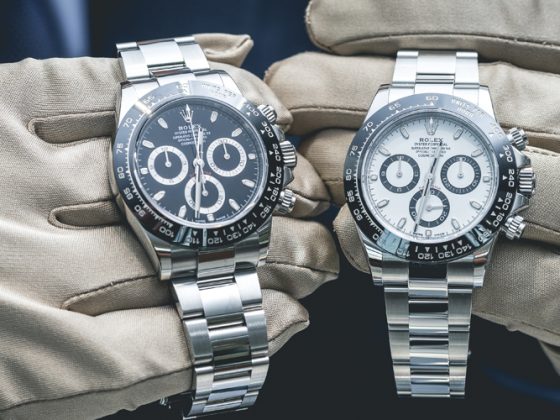 How To Spot A Fake Rolex 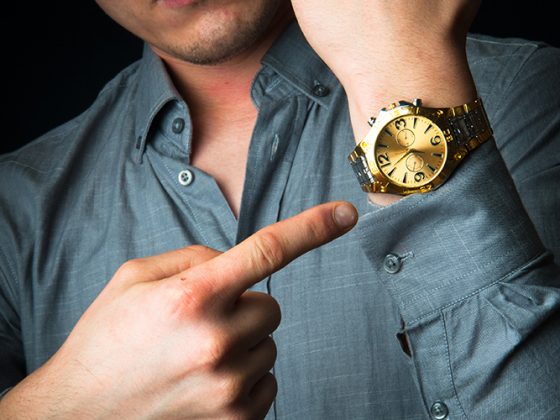