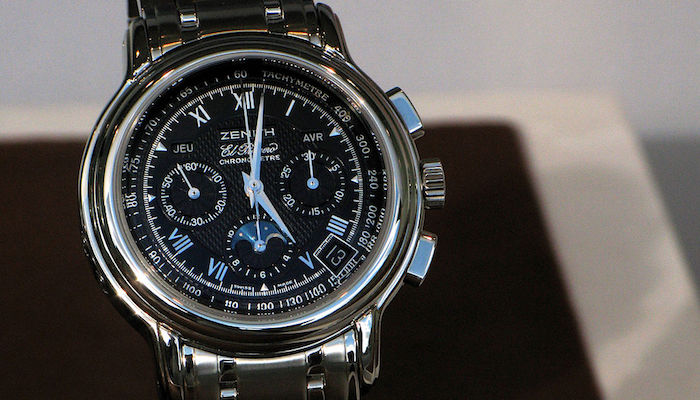 History of the Zenith El Primero

The Zenith brand carries a lot of weight in the watchmaking industry and with good reason. It was behind some truly iconic watches as the company has time and again shown incredible skill in mechanical watchmaking. From watches with Quartz movements to automatic watches with intricate complications, Zenith has done it all.

The history of the Zenith brand can be traced back to 1865 when Georges Favre-Jacot founded it. It has been a mainstay of the Swiss watch industry since then. Perhaps the company’s most storied product is the Zenith El Primero.

While watchmaking had been around for a long time, automatic chronographs didn’t exist. Zenith first came up with the idea of an automatic chronograph movement in 1962. It planned on launching it in 1965 to celebrate the centenary of the manufacture. This proved to be a lot easier said than done since Zenith didn’t want just to add chronograph functions to a base movement. It wanted the chronograph to be completely integrated inside the mechanism. The movement was also required to beat at high vibrations per hour to make it the world’s most accurate chronograph. It took the company seven years, well after the centennial, to officially launch its El Primero chronographs.

Zenith’s El Primero movement faced several challenges from the outset. The company wanted to make it the most accurate chronograph movement in the world capable of measuring 1/10th of a second. Not only that, but they also wanted a date display on the dial, which meant additional complexity for the movement. The vision was finally realized in 1969 when the watch with this groundbreaking movement was launched on January 10th. It was called El Primero, which means “the first” in Esperanto. The El Primero caliber 3019 PHC was for the chronograph with date and the 3019 PHF for the chronograph with triple date and moon phase complication.

The Swiss watch industry was soon to face an existential threat. Japanese quartz watches were quickly taking over the market so 16 Swiss brands, Zenith included, joined forces to create watches that had a Swiss-made quartz movement. The company ended up being sold to Zenith Radio Corporation which was a Chicago-based manufacturer of radios and TVs. Later that year, the Defy El Primero precursor hit shelves with reference number AH 781.

The case that it was housed it is widely viewed as the precursor of modern Zenith Defy models. The US management of the company felt that the future of mechanical watchmaking was bleak and that quartz would end up being more successful and thus profitable. So they decided to cease production of the El Primero movements.

As the company was losing money, Zenith Radio Corporation decided to sell it to a consortium of three Swiss manufacturers. They included a Le Locle entrepreneur by the name of Paul Castella. That provided the impetus for Zenith’s resurgence. The opportunity to restart production presented itself when Rolex decided to use an automatic chronograph movement for its Daytona and the El Primero was the best option available. This contract enabled Zenith to start making its own models with its in-house caliber.

The El Primero ChronoMaster line was the first to showcase the movement through a sapphire case back. The movement was updated with a Flyback function soon after that. This addition would go on to achieve iconic status down the line. When Austrian skydiver Felix Baumgartner became the first human to perform a freefall jump from the edge of space, he was wearing a Zenith Stratos Flyback Striking 10th. It truly is a special watch that can record elapsed times to 1/10 of a second.

Zenith has continued to innovate over the years, launching the El Primero-based Class Traveler minute repeater in 2005. The ultimate achievement came in 2017 when it launched the Defy El Primero 21 as the watch can measure elapsed time to one-hundredth of a second. Zenith has firmly established itself as a force to be reckoned with as far as luxury watches are concerned. Some of its products can rightly be ranked amongst the most iconic watches of the world. One can only imagine what the company will be able to come up with in the future. 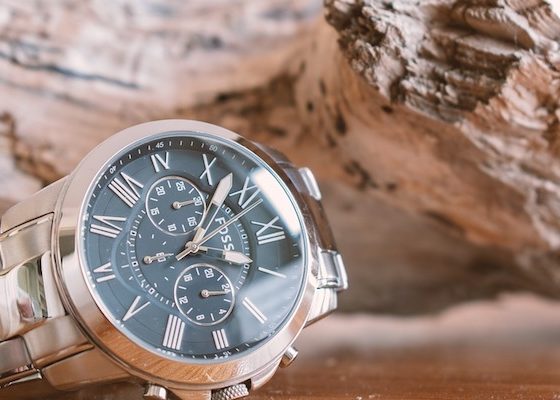 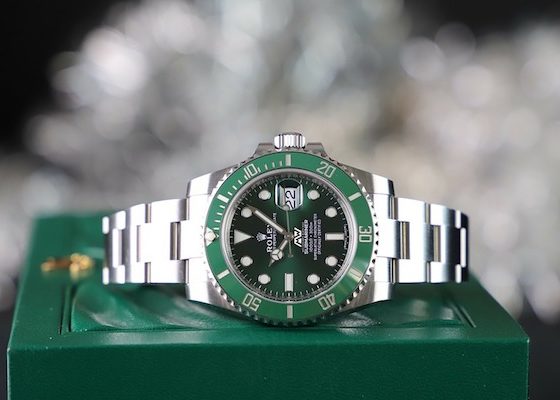 Investment Watches That Hold Their Value