In his roughly 35 year-long career, Keanu Reeves has kept his taste in fashion interesting. He’s sported streetwear that remains true to his grunge-era roots but also rocks a streamlined suit for the red carpets whenever the occasion warrants something more sophisticated. He loves his oversized tees and his beanies.

It’s quite hard to imagine him in his general day-to-day life dressed like John, the retired hitman he plays in the movie John Wick: Chapter 3 – Parabellum, which hit the big screen just last year. It’s much easier to imagine him wearing a timepiece like the 38mm Carl F Bucherer Manero AutoDate on his wrist each day, though.

The John Wick watch from Carl F Bucherer looks more than at home on the actor’s wrist. Other members of the cast starring alongside the character, John Wick, have indulged in a wristwatch from the reputable Swiss manufacturer too. This includes the 60 round brilliant cut diamond-encrusted Manero Peripheral timepiece, worn by Halle Berry, who plays Sofia, an assassin who is a close friend of John Wick.

But what’s so special about Carl F Bucherer as a watch manufacturer, you ask? And why was the Manero AutoDate watch chosen to grace the wrist of one of the most successful actors in Hollywood? Well, Chad Stahelski can answer that question for you. He’s not only a stuntman-turned director who helped to coordinate the John Wick movie, but he’s also a brand ambassador for Carl F Bucherer.

If anyone knows what it takes to create an on-screen role like Keanu Reeves’ character by using stylish accessories that build up a relationship with the audience, it’s him. Stahelski reiterates his passion for the brand, delving into more detail about the values of a watch like the Carl F Bucherer Manero AutoDate, and how the Wick watch serves as a statement both on set and behind the scenes in the John Wick Chapter 3 movie:

“In my line of work, wardrobe and accessories have to stand up to the physical challenges that actors and stunt people face on set filming intense action sequences,” he said. “High performance, yet stylish, luxurious, and modern, Carl F Bucherer watches are ready for anything – a natural fit for a film like John Wick.”

John Wick also donned a timepiece from the Lucerne-based manufacturer’s portfolio of luxury watches during the previous two installments of the franchise. The Manero AutoDate watch plays out its own role during the bullet-riddled scenes of each movie.

One thing to notice about John Wick is how he turns his trusty timekeeper in towards his wrist when carrying out his calculated crimes to shield it from shattering as he guns down his enemies.

The slick, cruel hero who has a taste for sophisticated timepieces, delivers artful violence throughout the movie with a cheeky grin and a wink. And John Wick’s cleverly thought-out plots are as carefully orchestrated as the pioneering work of the Swiss timepiece itself. Carl F Bucherer has donated considerable care and attention to intricately crafting the elegant timepiece.

Watches like the John Wick model from the Manero collection embody discreet elegance. They are fine examples of classic and authentic watchmaking in their simplest forms. The brand focuses on promoting straightforward timekeeping on a no-fuss design, and this same concept remains true for the line’s perpetual calendars and flyback chronographs that boast somewhat more technique in their designs.

Keanu Reeves as John Wick wears the Carl F Bucherer Manero AutoDate 38mm watch in the first installment up the latest movie. It tells the time via a beautiful silver dial with pie-pan decoration. The shard-like indexes around the hour track are paired with a set of beautifully sculpted dauphine minute and hour hands, completed with a fine layer of luminous treatment to their surface. The slimline second hand of the John Wick wristwatch is propelled by a beautifully composed engine nestled inside the heart of the watch. The Caliber CFB 1965 will provide you with a 48-hour power reserve.

The elements meticulously arranged on the dial of Keanu Reeves’ watch are protected underneath a strong sheet of sapphire crystal glass. The glass is also treated with anti-reflective and scratch-resistant technology to preserve the beauty of the dial and grant you a clear opportunity to tell the time through the display.

The Manero AutoDate oozes vintage appeal. Its crisp, understated aesthetics are a nod to 1960’s design, repeating the classic style of the popular three-handed dial from over six decades ago. The AutoDate watch appeared in the John Wick 2 movie also, and it’s easy to see why it was such a fitting choice.

The watch’s 38mm stainless steel case with 30-meter water-resistant capability features lugs that lead to a comfortable and supple black leather strap that encloses with a conventional steel buckle. The leather band creates a parred-down and understated look on Keanu Reeves as he captures the personality of his character in the Wick Chapter 3 movie perfectly.

Let’s be realistic; you won’t be gunning down enemies like Keanu Reeves does with the Carl F. Bucherer Manero AutoDate watch strapped to the wrist. Keanu Reeves’ role in the blood-thirsty hitman movie is a thousand miles away from real life, of course. But you can still look as sleek and as stylish as John Wick with the elegant timepiece added to your collection.

Timeless and elegant, you can wear this watch with office attire or for travel and still be able to step off the plane and go straight to a gourmet meal with this timepiece completing your look. The watch, which tells the time clearly through a silver and black aesthetic, will appeal to fans of the John Wick movies the same way it will resonate with collectors invested in the Swiss brand’s deep roots in fine watchmaking. What’s a given with this Carl F Bucherer Manero watch is its unfaltering performance, brought together by a mix of supreme materials and authentic watchmaking traditions. It’s the perfect timepiece to go through life with. 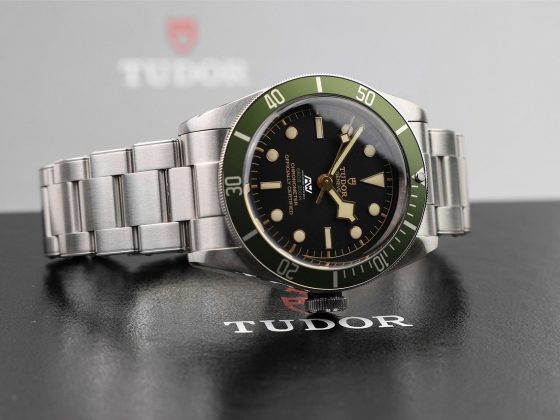 The Difference Between Tudor and Rolex Watches 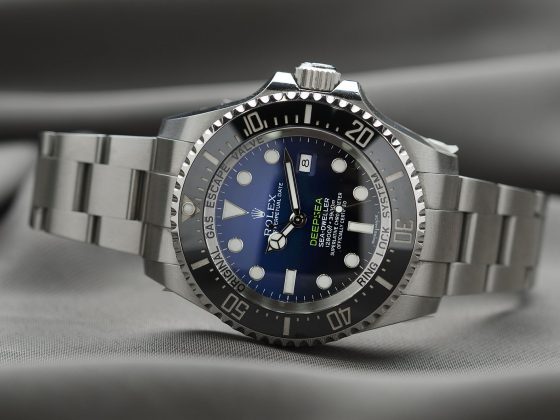